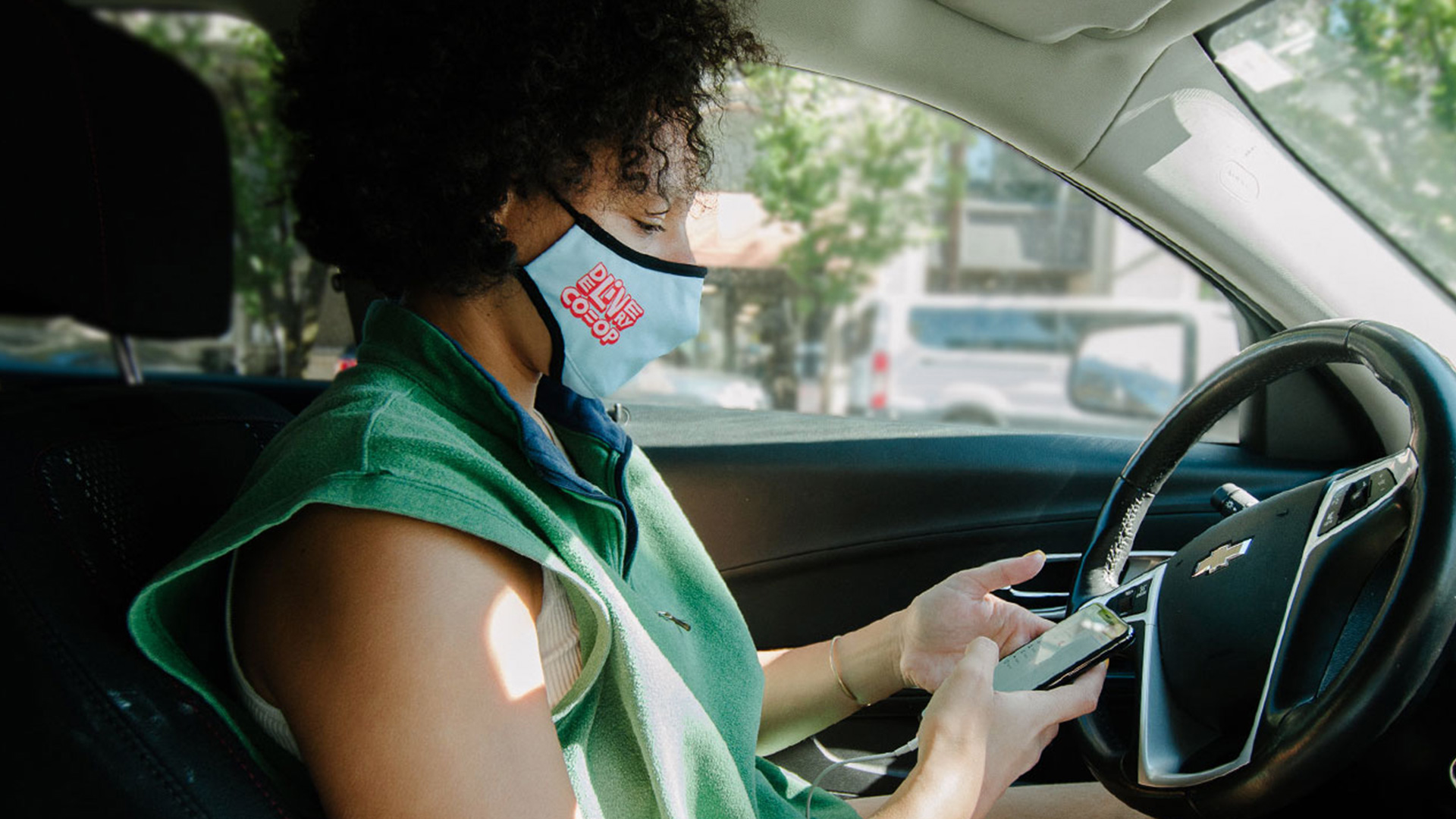 In a business with already slim margins, delivery apps were taking more and more money from local restaurants and their customers with delivery and service fees.

So we co-founded a driver and restaurant-owned food delivery company focused on fair, inclusive, and hyper localized service that keeps the profits in the community — this required a new business model that creates socioeconomic impact, but also a netpositive profit to sustainably operate and continuously reinvest in its mission.

Delivery Co-op is a social enterprise with a mission to create a better, more equitable system for restaurant owners, drivers and customers alike through co-op ownership. With ownership and operation localized within the communities where the co-op works, its uniquely equitable model connects restaurants, drivers, and the customers they collectively service.

And while most co-ops call to mind the idea of farm-shares and markets, this was the first major social/digital platform built in a co-op format to aid communities in the tech age.

Asking the question, what if every driver owned Uber? Or DoorDash? Or every host owned AirBnb? And their collective success benefitted them all depending on how much time they put in.

RETURNING PROFITS TO THE SHARING ECONOMY

With 24% of all Americans working in the sharing economy (85% of them making less than $500 per month) and independent restaurants being forced to operate at a loss with 20-30% margins, the existing model for food delivery isn’t benefiting anyone who works in it.

We built Delivery Co-op to not just alleviate the flaws of this structure, but to help individuals and local businesses thrive for the flourishing of their community. Ultimately, our goal is to use a more equitable model to retain a good and vital workforce while returning profits back to restaurants.

To create real change, we’re tackling the same, three-fold challenges that have caused such a failure within the existing structure:

Independent restaurants are vital to their communities–not only as an economic engine, but to instill place and purpose within cultural identity. Co-ops carry that same spirit, as the ultimate expression of a community banded together to make a living doing what they love.

While Delivery Co-op is the first major tech company to launch as a nonprofit cooperative, these equitable practices have a long history in agriculture and grocery. By adapting the great tradition of co-ops empowering sustainable foodways, Delivery Co-op is built for a new generation, moving against the grain of today’s monolithic corporate structure by creating a platform for the people.

On a practical level, Change Delivery For Good is about committing as a Monthly Subscriber to help restaurants evolve by adding food-handling delivery drivers as an extension of their service staff. Drivers get to be a part of something new and equitable, while empowering local restaurants’ top customers to support their beloved independent eateries in a valuable way.

By giving co-op members equity and ownership, an average of $20/hr when working, and opportunity for benefits, Delivery Co-op resulted in a more sustainable operations model, begetting a better product for restaurants, drivers, and those ordering.

It then dominated global headlines: from Yahoo and CNN, to The Counter, to Nation’s Restaurant News, and abroad through The Guardian and WIRED Italia.

But most importantly Delivery Co-op, as an idea, is proving that through equitable wages and giving a voice to the workforce, the sharing economy can become profitable without delighted, equitable and endless fundraising. It’s about giving purpose to the work, and becoming a vehicle for customers and workers to build together.