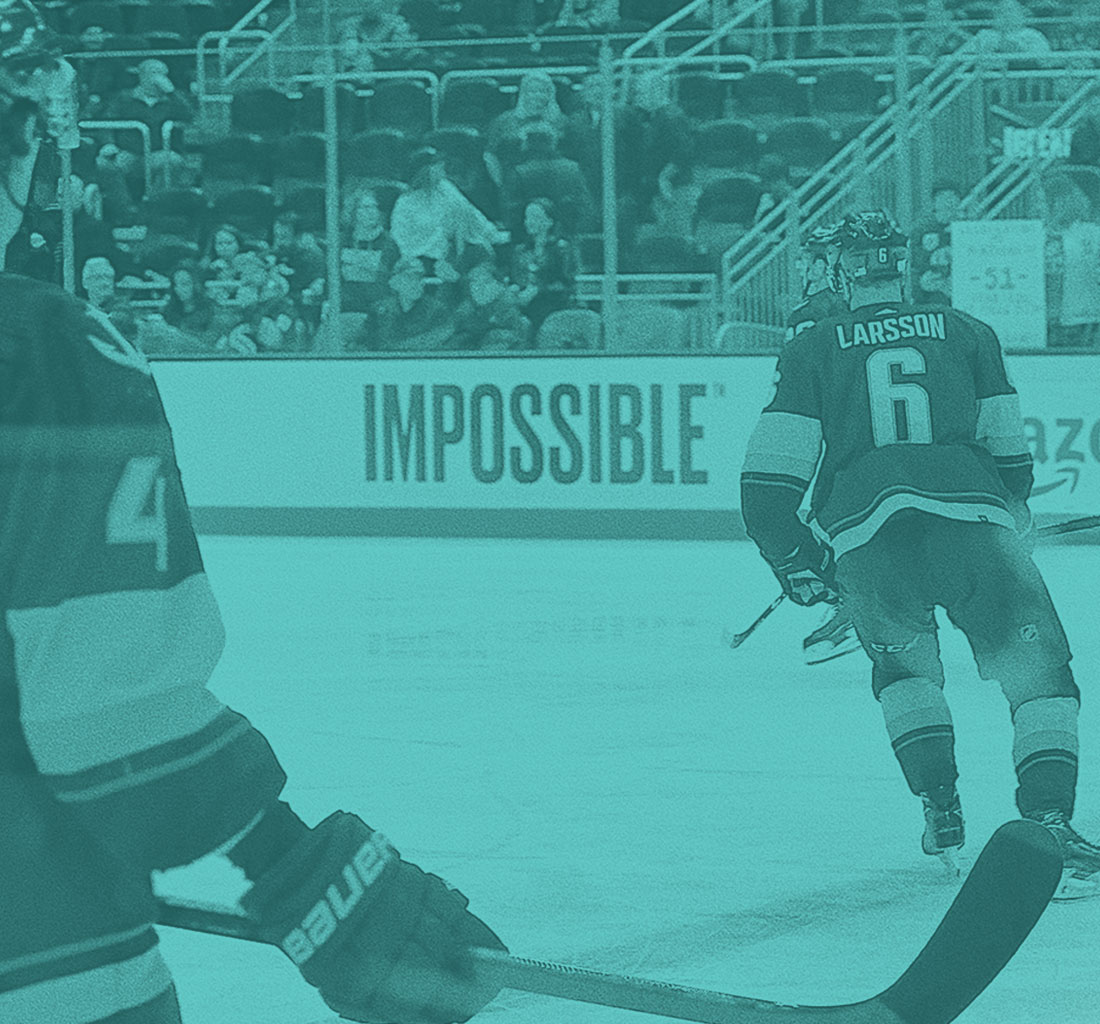 With over 200 events held annually, including concerts from Lizzo to Bruce Springsteen, the venue is becoming one of America’s great venues for unique experiences for millions of fans. It literally provides the perfect atmosphere for a brand like Impossible Foods, whose meat is not only the most sustainable solution for the planet, but also a delicious option for carnivorous sports fans.

Breaking through the clutter to grab attention needs some MEATY messaging, and the typography-based branding for Impossible provided the perfect treatment to grab the attention of the 17,000 fans there for the show or game.

With updated brand messaging and merchandising the two Impossible Foods locations within Climate Pledge Arena, fans experienced the delicious flavors from Impossible with a side of impact.

In addition to the core offerings, we developed custom signage for Lizzo’s Juicy Lucy Burger inspired by Minneapolis, and Nashville Hot Chicken Nugget for Seattle Kraken vs Nashville Predators.

Impossible is also an official burger of the Kraken, with a partnership that extends beyond the arena. The team, now co-owned by legendary Seahawks running back, Marshawn Lynch. Nicknamed Beast Mode for his style of play, ferociously running through NFL lineman, the new creative was pulled through into all Albertson’s grocery locations in the region.

THE BUSINESS OF IMPACT

To create lasting impact, we believed that the only way to create enduring impact is for the work to be anchored to the core strategy, designed to grow a healthy business and drive responsible profit — it’s why we love Impossible Foods.

While it doesn’t seem intuitive on the surface that driving trial with tactics found in mass market consumer advertising will achieve U.N. Sustainable Development Goal 13, Climate Action, it’s our belief that consumer choice and their collective purchasing power is what will not only make change, but sustain it.