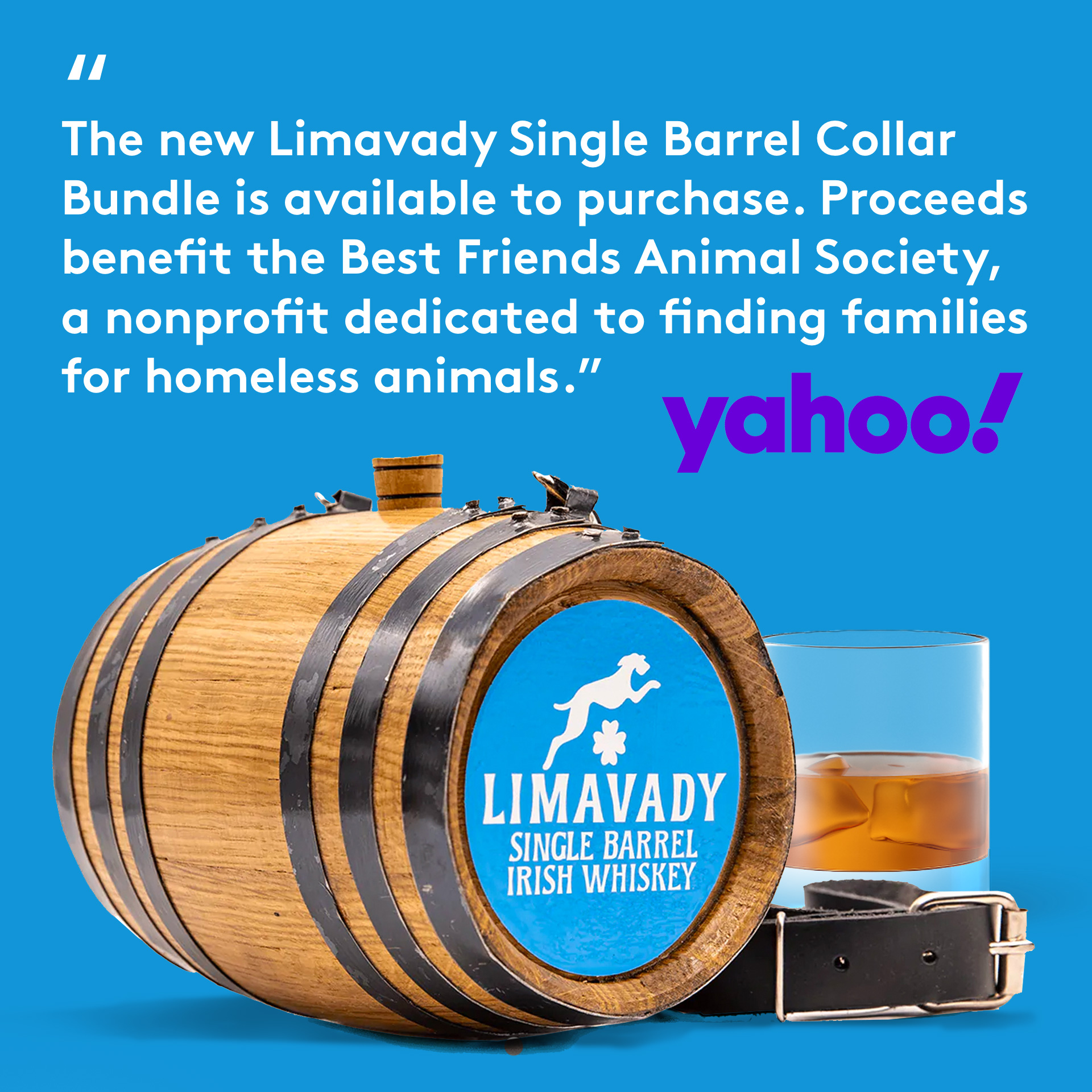 The name “Limavady” means Leap of the Dog, so it was only right to take a leap on a fun brand activation and experience when Limavady Whiskey announced their Single Barrel Single Malt whiskey, the first single barrel Irish whiskey… ever.

STRAIGHT TO THE HEADLINES

To celebrate the innovation and build hype around the first Single Barrel from Limavady we had to create something just as special and engaging as the whiskey itself.

Our goal was to own that single barrel innovation, by crafting a series of disruptive ideas that captured the attention of media and consumers alike, ultimately launching the first single barrel dog collar and making headlines that introduced the brand and their whiskey to a wider audience.

For emerging disruptive brands in established categories, it’s vital to not just spend endless media dollars, but also inspire audiences to wildly share the brand and what defines it.

Limavady’s Single Barrel Single Malt was their first exploration in what curated Irish whiskey really could be. But that’s still not enough to get the world of luxury whiskey talking about the brand — we had to transport them to memories of the Swiss Alps with Saint Bernard’s and cozier, mountaineering-esque pups — but make it California.

So we asked a question that has never been asked. Why can’t you have both?

Why can’t you have a sip from a single barrel of Irish whiskey while taking your dog to the dog park? Or on a stroll down Venice beach? Or on a windy day at Wynwood Walls in Miami? This is how Limavady got the world talking about the world’s first Single Barrel Irish Whiskey… through the first Single Barrel Dog Collar.

You really don’t want to waste a really good idea all on yourself. So the team at Limavady turned the idea into a real product in support of the Best Friends Animal Society. Now, when consumers order the Limavady Single Barrel Dog Collar, they also support this amazing 501(c)(3) nonprofit organization, operating the nation's largest sanctuary for homeless animals.

By working in tandem with the sales team activations, we were able to focus our work on owning national media narratives by crafting a headline-driven idea that touched both the whiskey and dog-loving communities in America. From coverage in the luxury lifestyle magazine Robb Report to the homepage of Yahoo!, Limavady Irish Whiskey and Best Friend Animal Shelter reached new audiences through a unique D2C single barrel product launch.